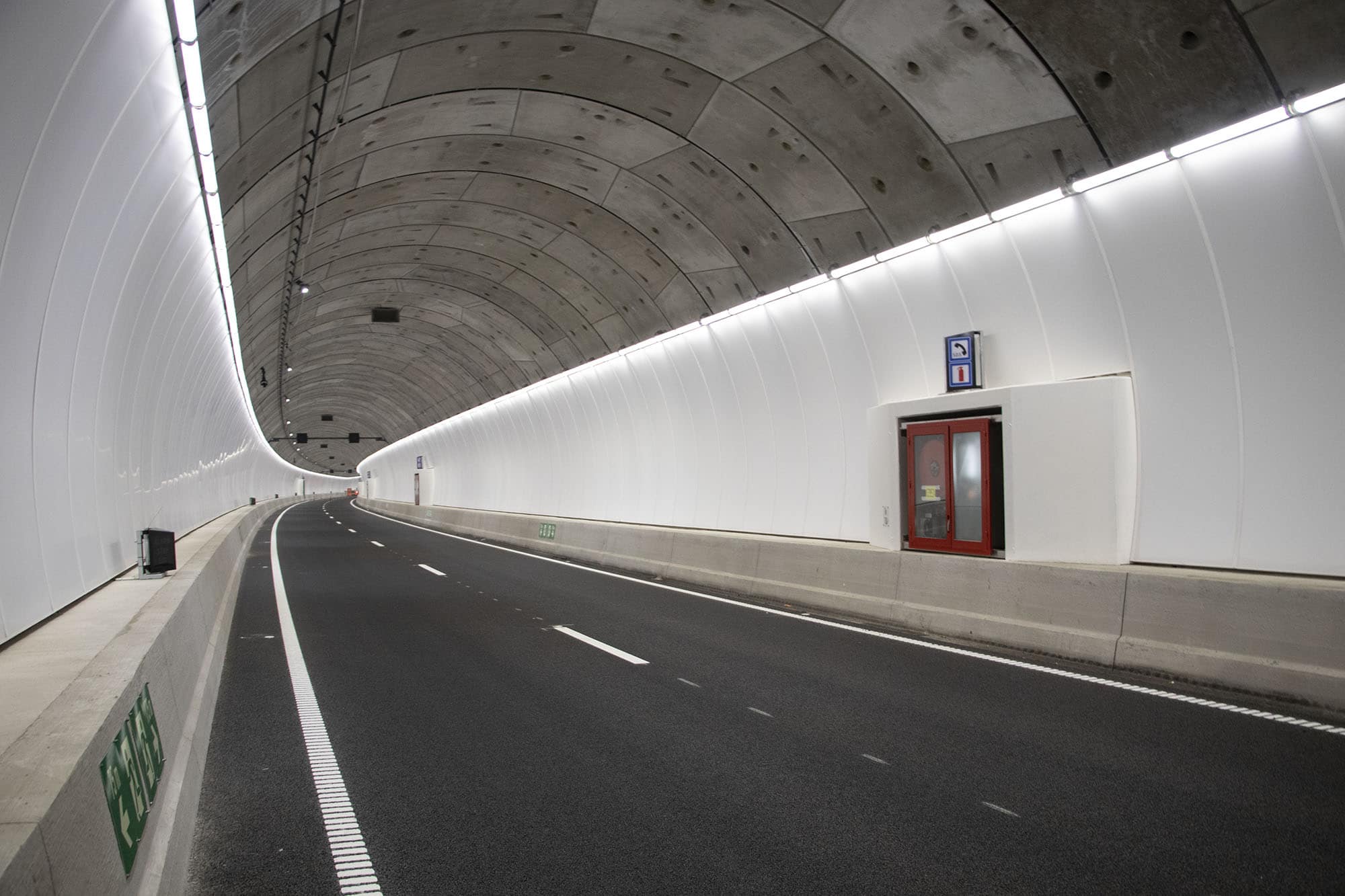 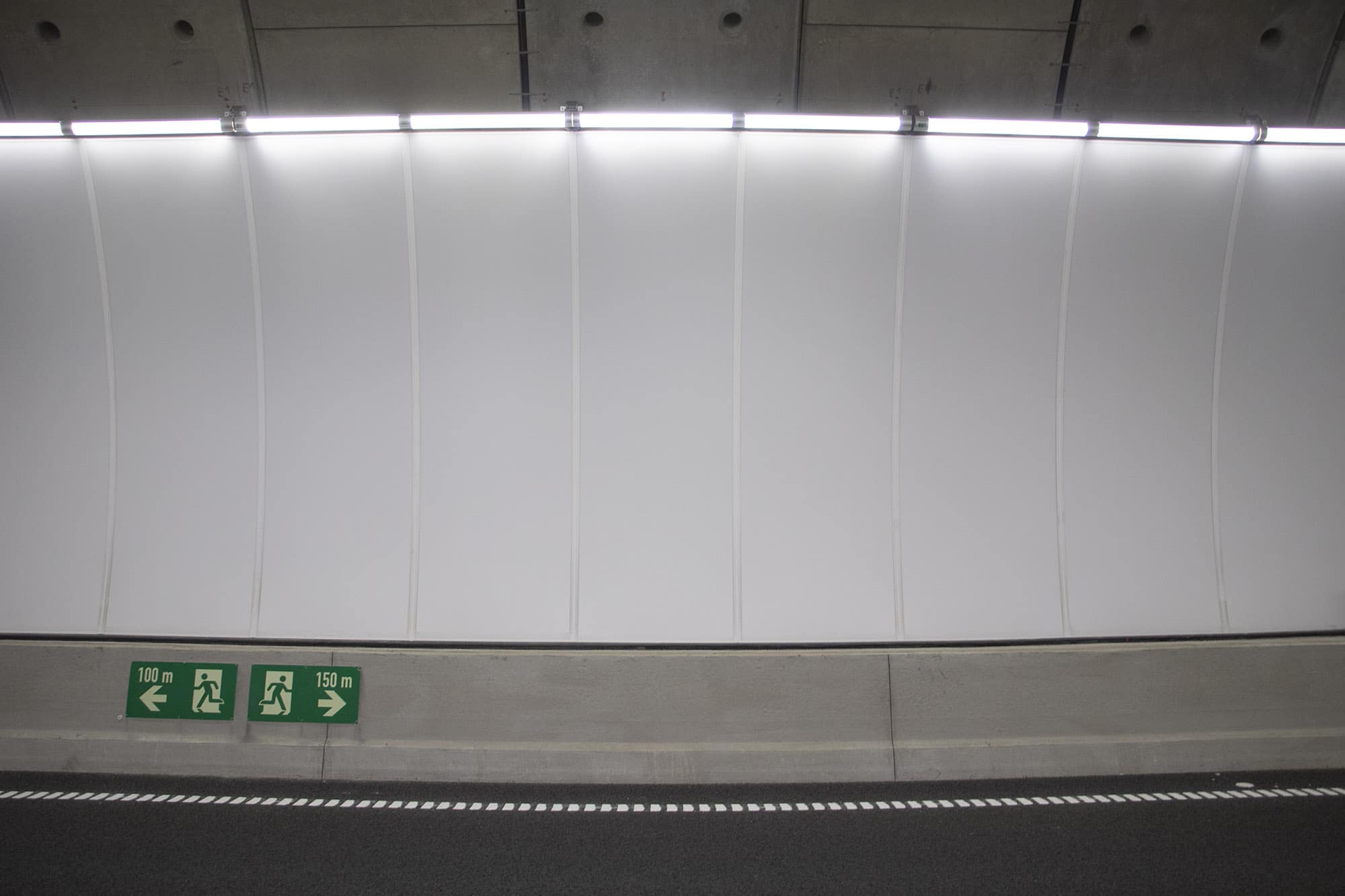 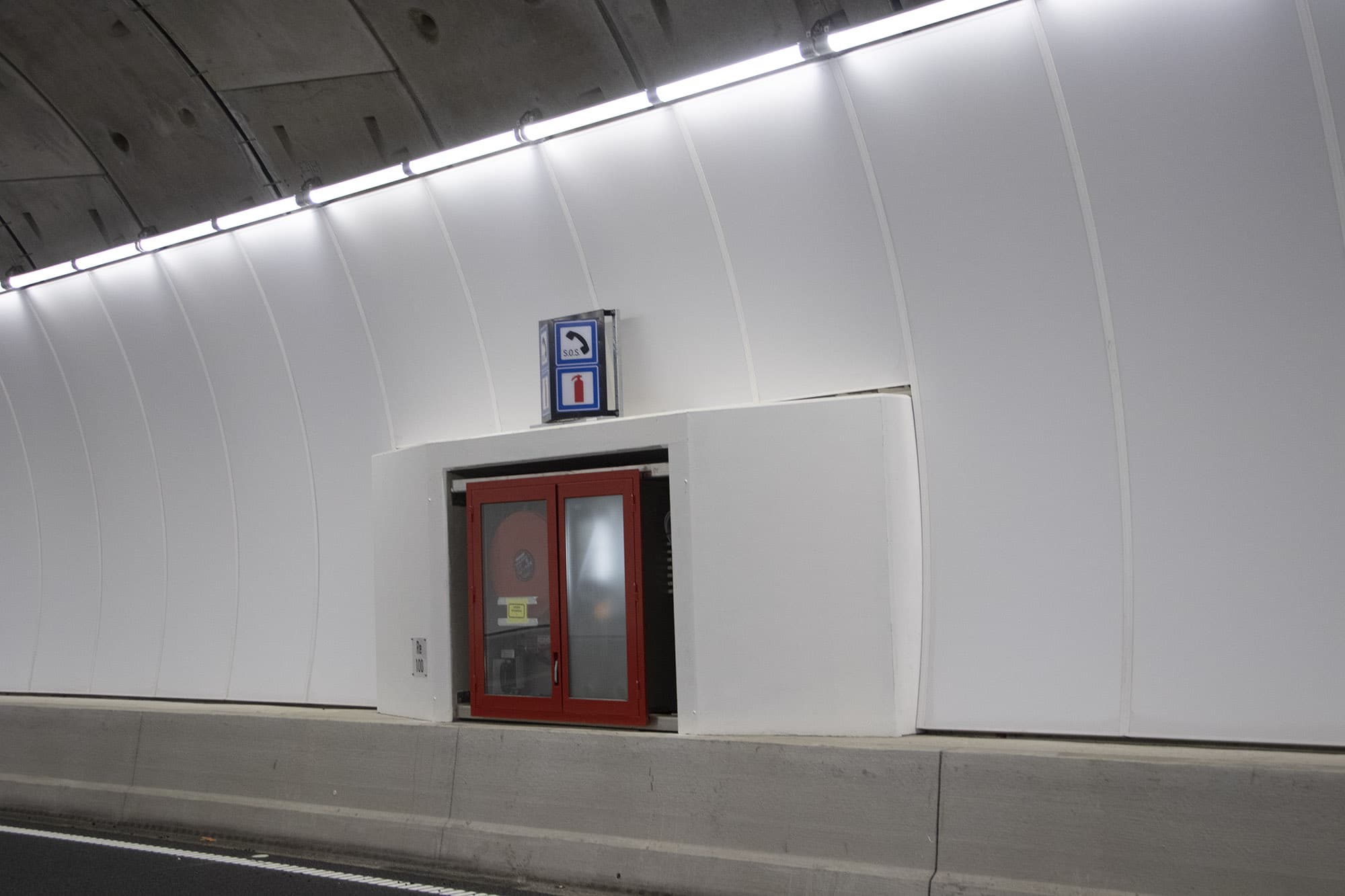 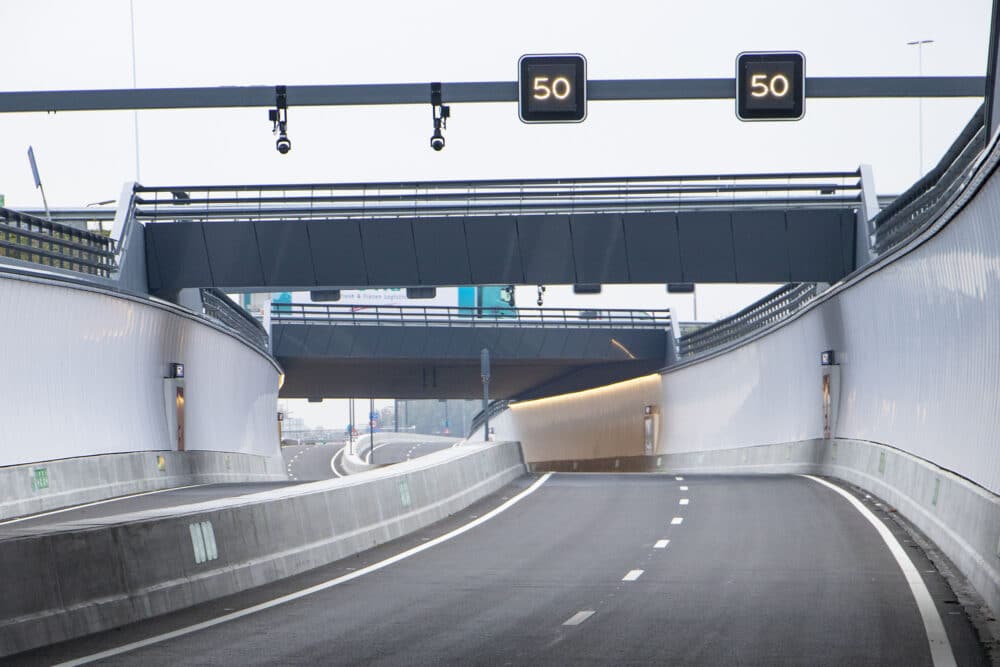 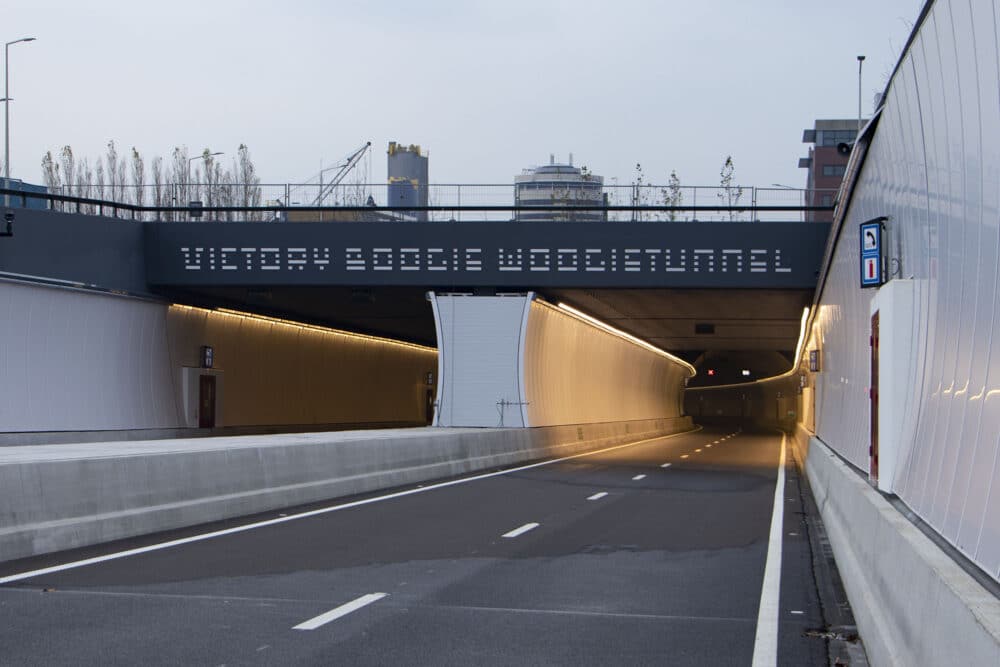 Like most major cities, The Hague has to contend with congested roads. To ensure that the Utrechtsebaan is relieved, the construction of the Rotterdamsebaan began in 2016. A 4-kilometre stretch of motorway right through The Hague. But mostly underground.

The Victory Boogie Woogie tunnel, named after Piet Mondriaan’s famous painting, is a bored tunnel with two tunnel tubes and two lanes in each direction. Several innovative features make it the most sustainable tunnel in the world. Use is made of a fine dust magnet, a system to capture fine dust. This reduces emissions by 50%. The old asphalt was reused in the construction of the tunnel and the soil that was released was also reused for the construction of car parks in the area, among other things.

When you drive into the tunnel from the Vlietzoom, you pass under a large roof of solar panels. This roof produces enough energy to supply the building where all the services such as monitoring the tunnels, bridges, etc. throughout The Hague are managed, 24 hours a day.

Sorba supplied and installed the wall cladding for the Victory Boogie Woogie tunnel. This wall covering consists of the aluminium composite Alpolic. The sustainable aspect was also taken into account here, as Alpolic is fully recyclable. A total of 34,000 m² of Alpolic has been used, a gigantic surface that cannot be seen at a glance, and it is also spread over two tunnel tubes.

The municipality of The Hague made a beautiful time-lapse of the entire project, from the first pile to the opening. The nice thing is that it also shows the assembly of Alpolic. But what is most striking is the ride through the tunnel, the beautiful white sides that go on and on, as if there is no end to it.

You can see for yourself in this time-lapse. More information about the Rotterdamsebaan in The Hague can be found here.

back to projects
back to infrastructure
Copyright Sorba Projects 2022 - All Rights Reserved
Website: Bij Dageraad
Back To Top