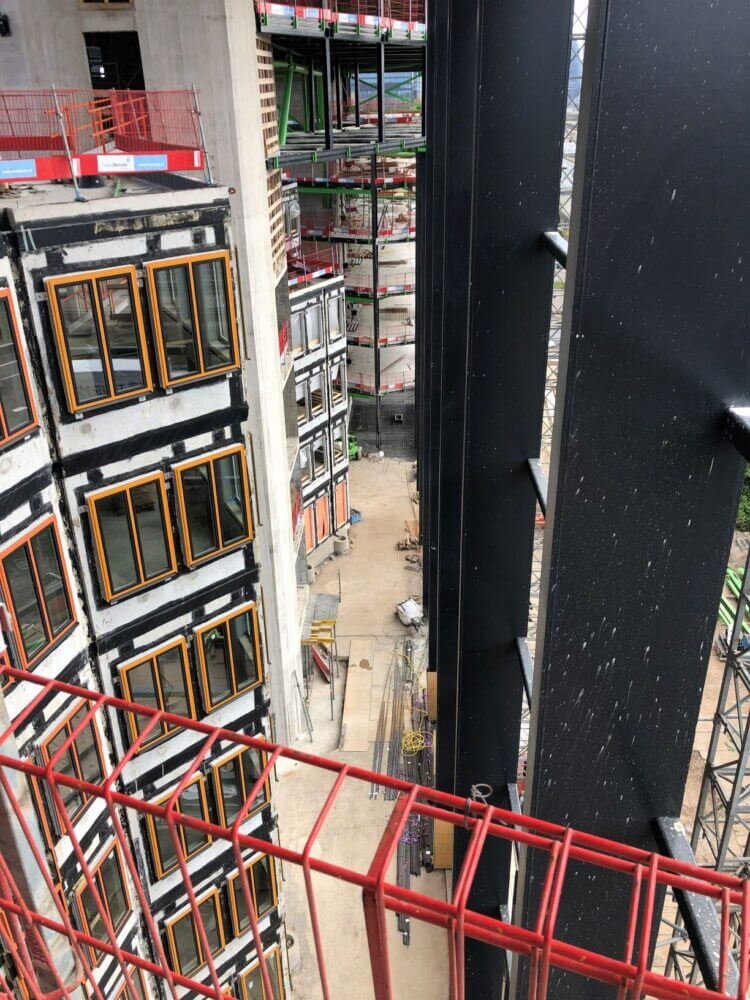 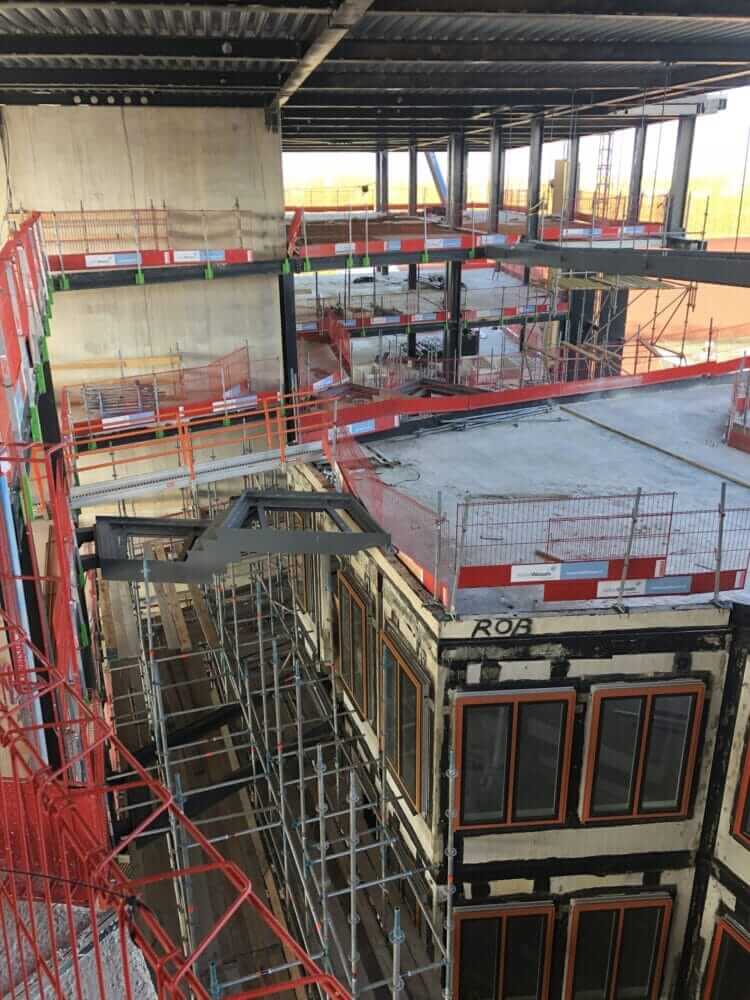 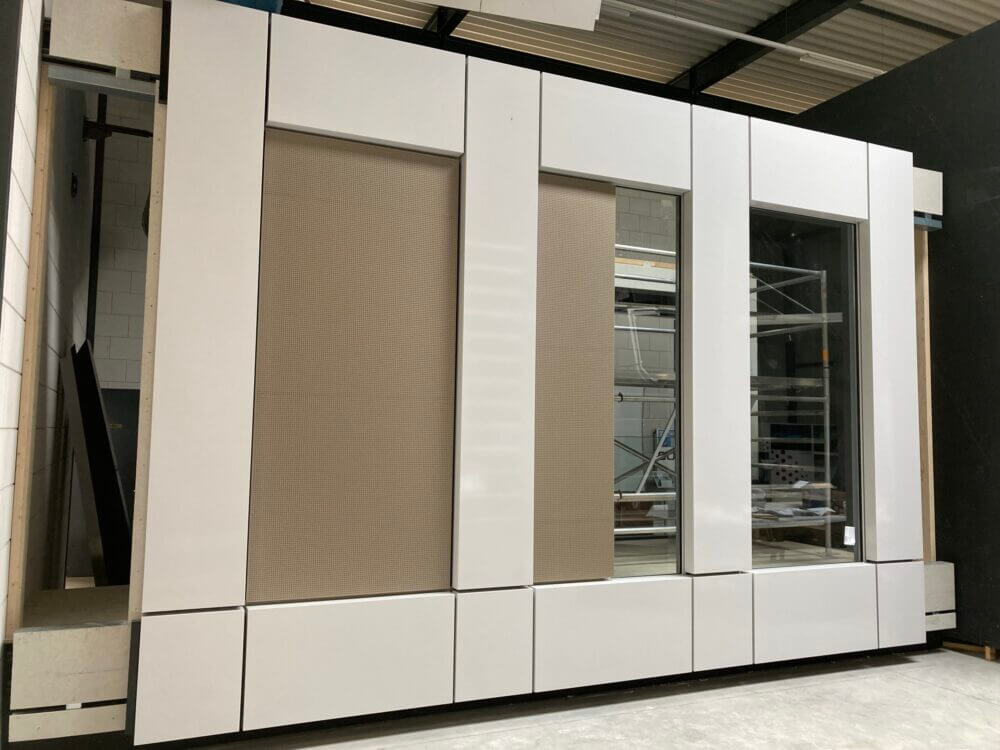 Amsterdam’s Zuidas is known for its modern buildings, but one building stands out as completely different and that is Tripolis Amsterdam by architect Aldo van Eyck. Designed in the flow of the 1980s, office buildings had to be given a face of their own instead of the featureless blocks built up until then.

The result is three organically shaped buildings with unique details. Aldo van Eyck seemed to be ahead of his time with the layout of the buildings: no long corridors with rooms, but open spaces opening onto a central staircase. Van Eyck saw buildings as a small city in which the corridors are the streets, encounters are central and people feel at home. In this way, office functions flow into each other, paths and people meander through the building.

An echo of the past

The polygonal design resulted in long glass façades so that employees always had a view of the outside. Van Eyck also had a vision for the exterior of the buildings: each floor sticks out 5 centimetres in relation to the previous one, so that the buildings tend to grow towards each other. We know the same principle from the 17th canal houses. The colour scheme of the aluminium window frames is determined by the place they occupy in the façade; towards the motorway, the so-called outer side of the buildings, the colours are cool, blue and purple. On the inside of the buildings, towards the inner courtyard, the colours are warm, yellow, red and orange. Sloping facades, the use of colour in all three buildings reinforces the idea of shelter and feeling at home.

Despite the fact that Van Eyck took into account the people who were to work in the buildings, it was difficult to rent out the buildings. After completion in 1994, the buildings stood empty for years, the non-traditional layout did not meet the wishes of the tenants. Companies that eventually moved in adapted the layout more and more, leaving less and less of the original design. However, the vacancy level remains.

Better times are ahead for Tripolis

Fortunately, the tide turned in 2017 and Van Eyck’s heirs, the Heemschut heritage association and Flow Real estate pulled out all the stops to obtain monumental status for the whole of Tripolis and, at the same time, submit an application for renovation. The time has come in early 2019. Commissioned by the owner Maxima propco V, architectural contractor G&S Bouw is working on the new construction and renovation.

The approved design by Winy Maas of architect firm MVRDV is an elongated building that partly covers two original buildings. Existing buildings are protected by the new one and restored to their original state on the outside. The so-called landscraper is a transparent building, with a window in the middle that offers a view of the original Tripolis. The façade facing the motorway is austere, while the façade on the Tripolis side follows the shape of the original buildings, creating a playful effect with recessed façades and lines. Footbridges connect the old and new.

From top to bottom, everything in hand

Commissioned by G&S bouw, in this special project, Sorba took care of the entire interior façade of the new building. From floor to ceiling, and from steel frame and insulation to facade cladding, an entire façade is built. Materials used include Alpolic (aluminium composite) and perforated Alpolic panels. Acoustic insulation material is also used. Fall-through glass is placed between these façade sections.

Due to the special shape of the façade, the engineering of the individual panels proved to be a challenge. No two panels are the same size. The connections to the ceiling are mounted in such a way that the difference in height between the different panels resembles wickerwork. The shadowing gives a playful effect and prevents it from becoming one large grey area. The footbridges that connect the two buildings are also an important part of the design. The underside of these bridges has panels that run in the same direction as the tiles of the natural stone floors. This detail, too, ensures that the building forms a whole.

There are always exceptions

A special item in this already challenging project is the restaurant. Because this is a public area, there are different requirements with regard to, for example, fire resistance. As a result, glass panels with a different fire class are used. Initially, this would have had major consequences for the design; thicker steel beams, smaller windows. By thoroughly researching an alternative in cooperation with various parties, we found a solution in which the original design could be maintained as much as possible.

All in all, we can conclude that from a philosophy similar to that of Aldo van Eyck, a sustainable campus is being built with plenty of room for encounters. The old meets the new.

The completion of Tripolis in Amsterdam is expected in the course of 2022.