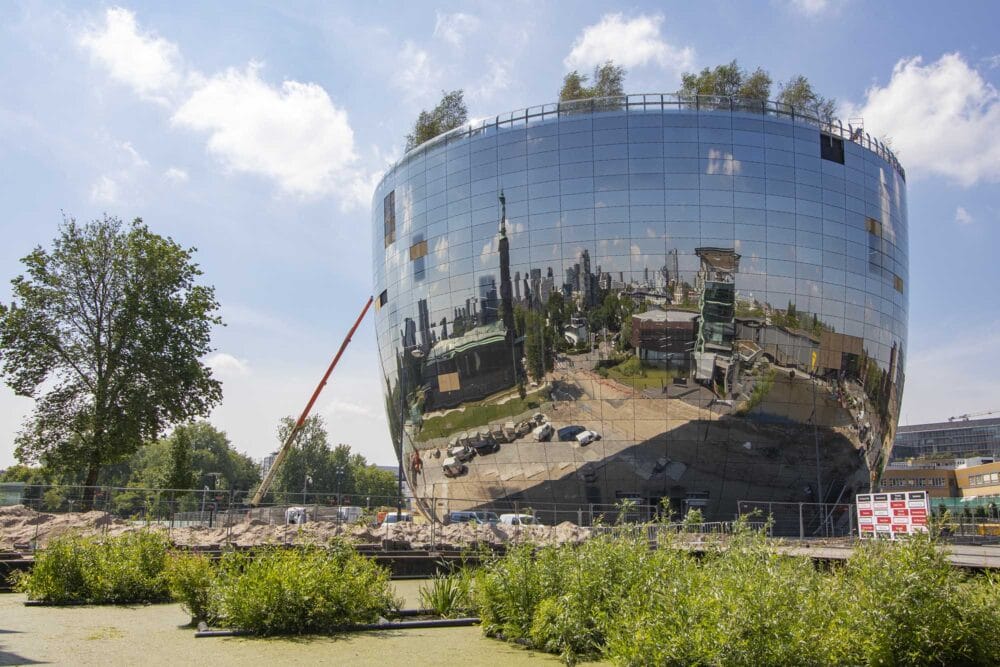 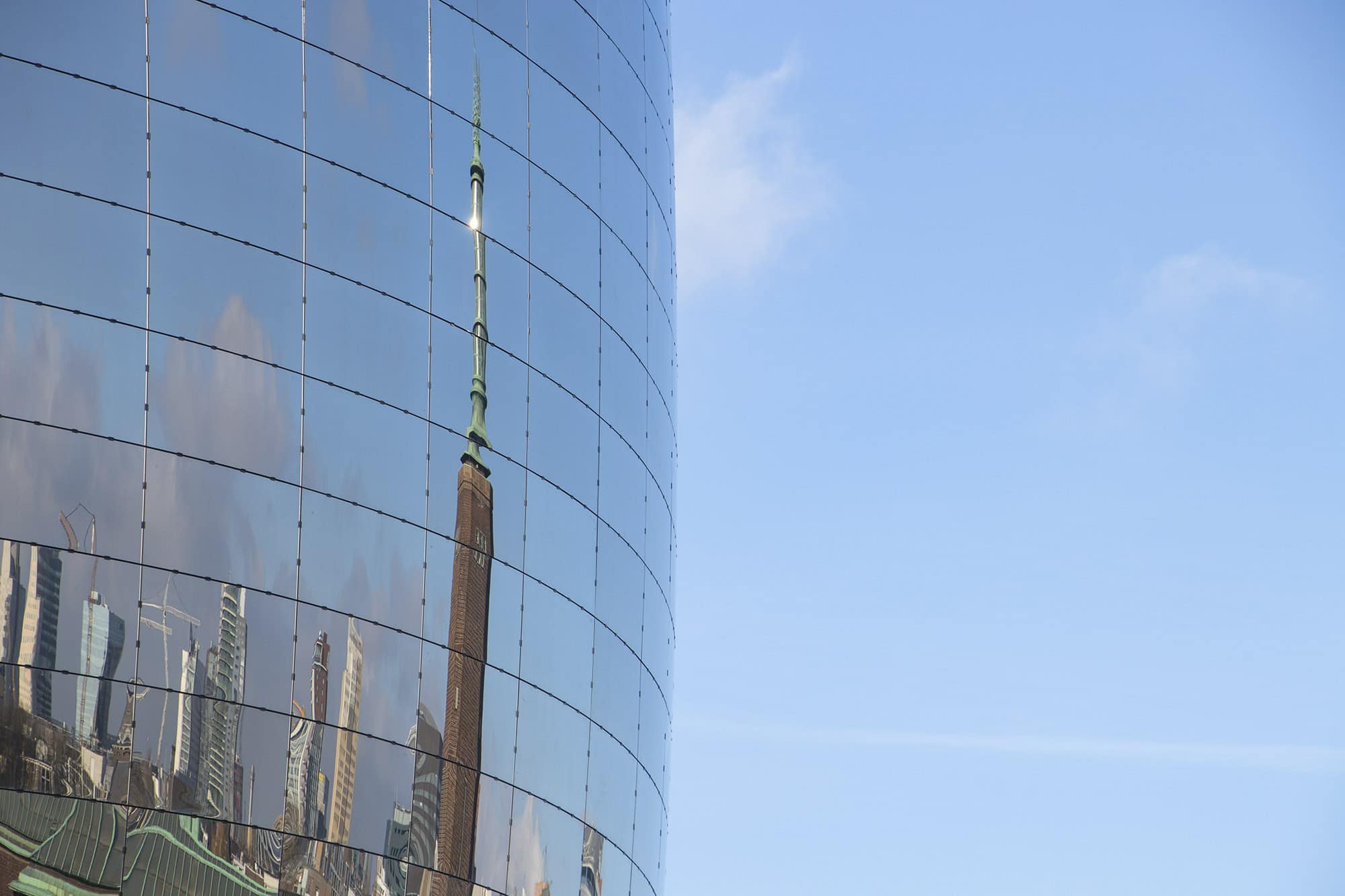 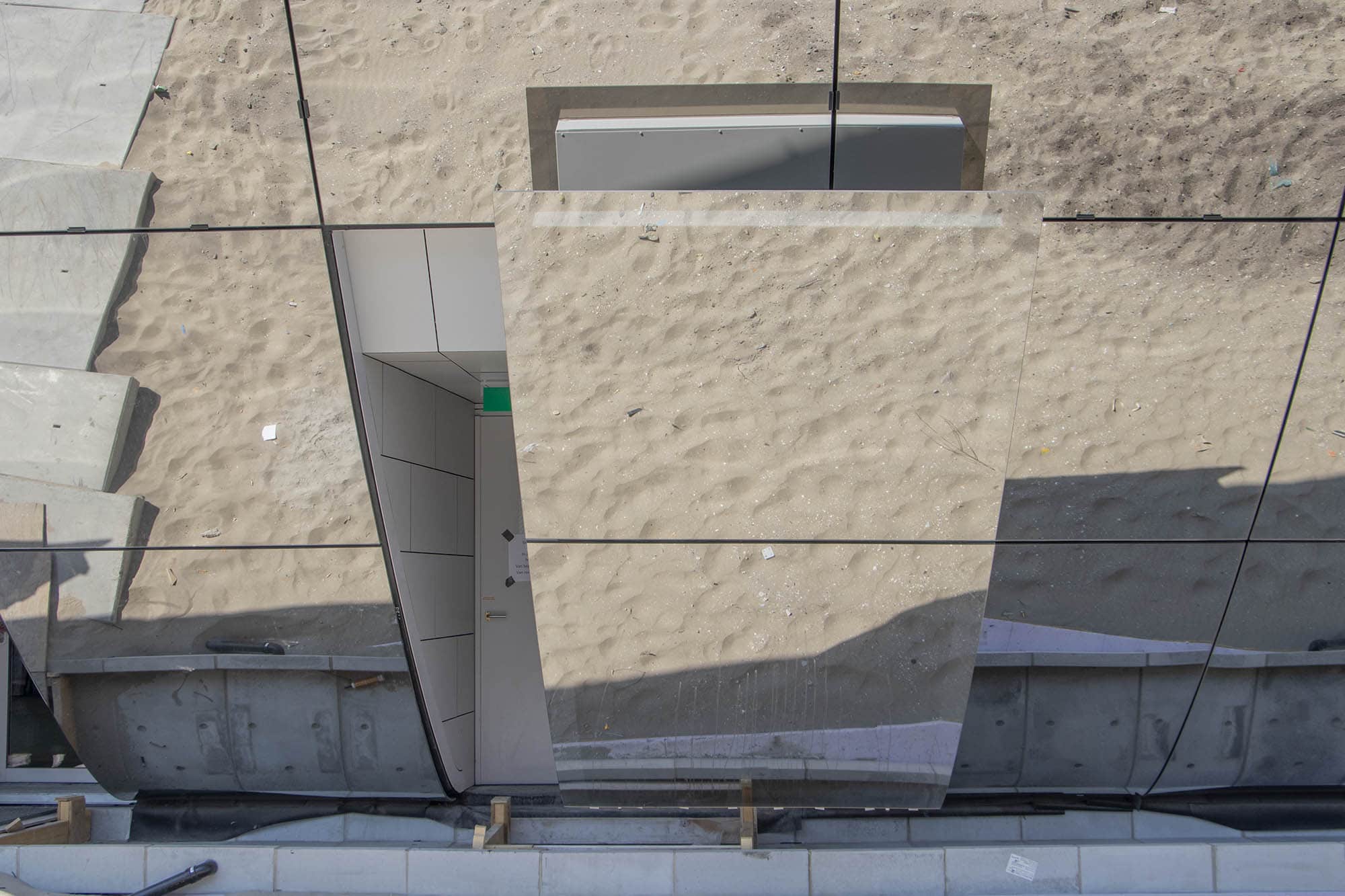 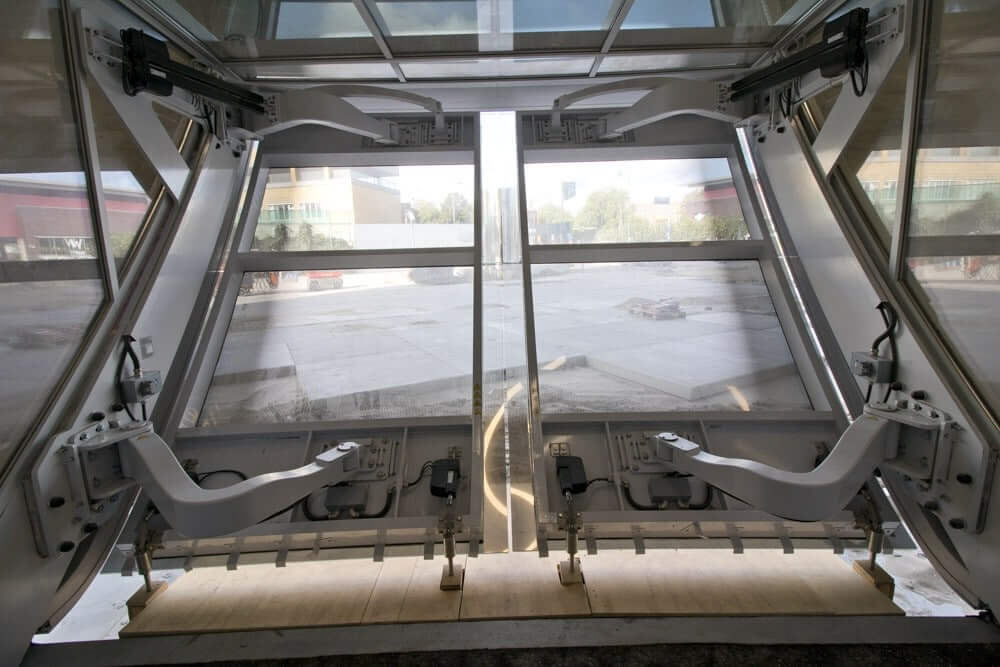 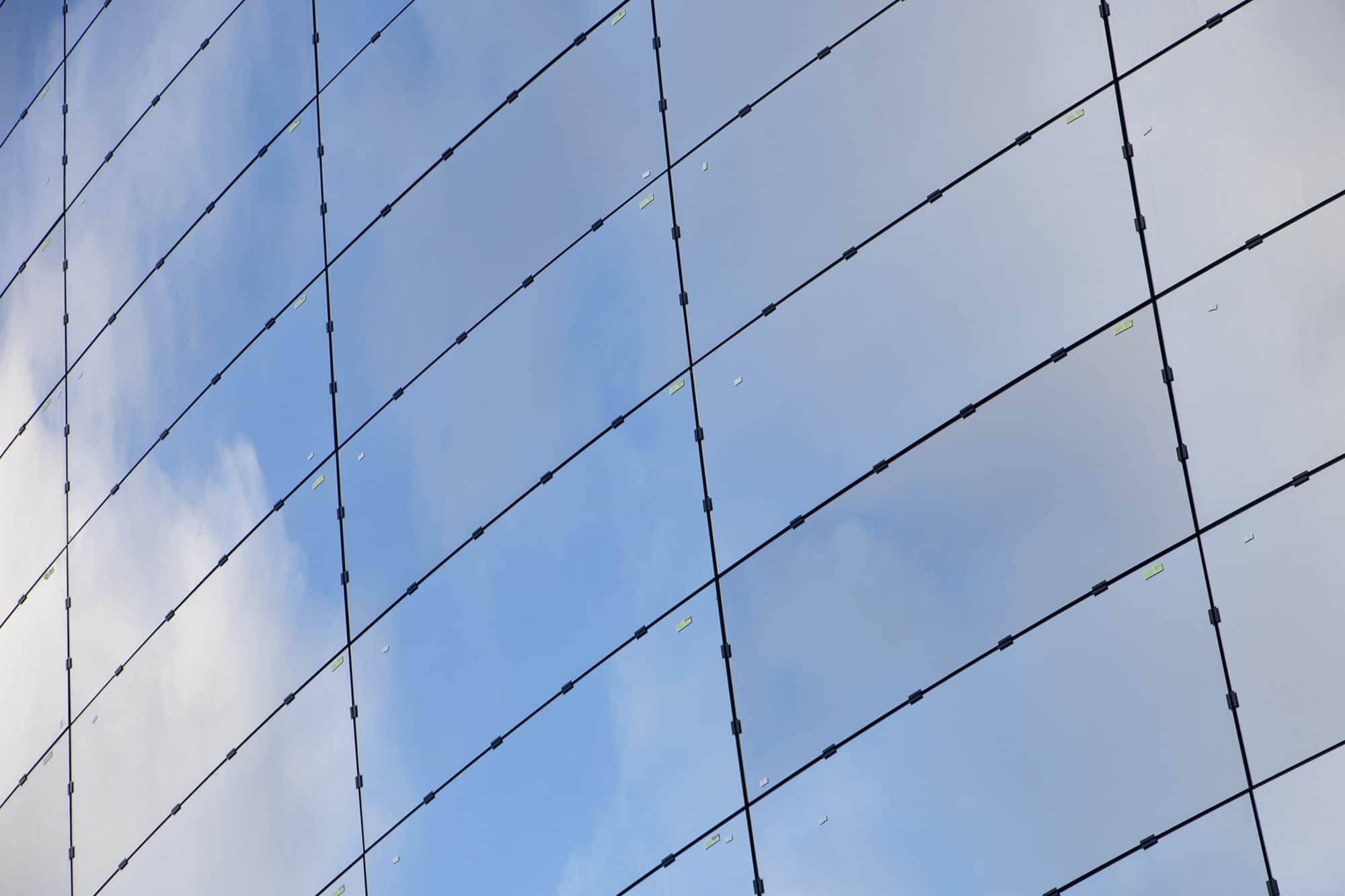 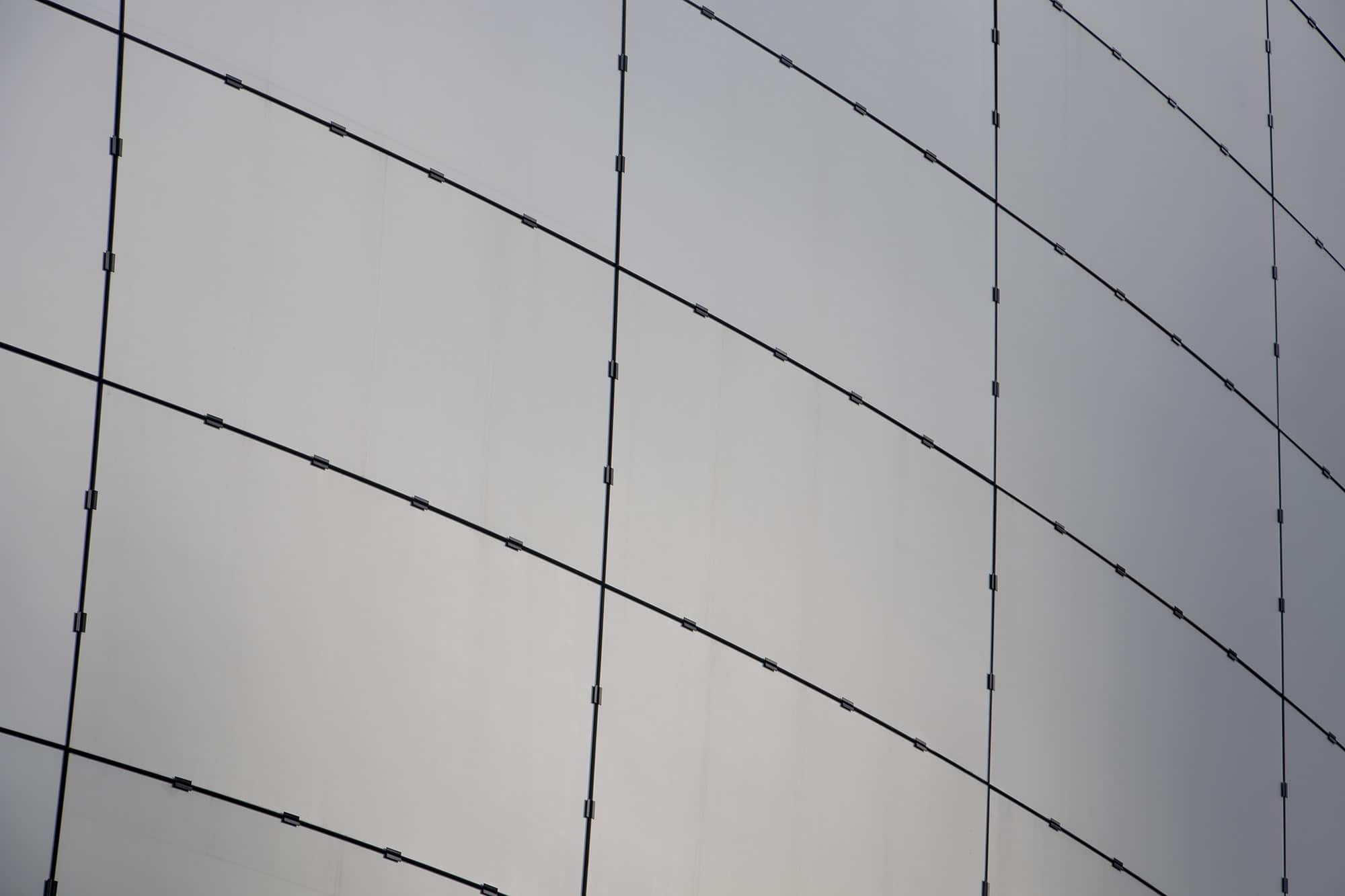 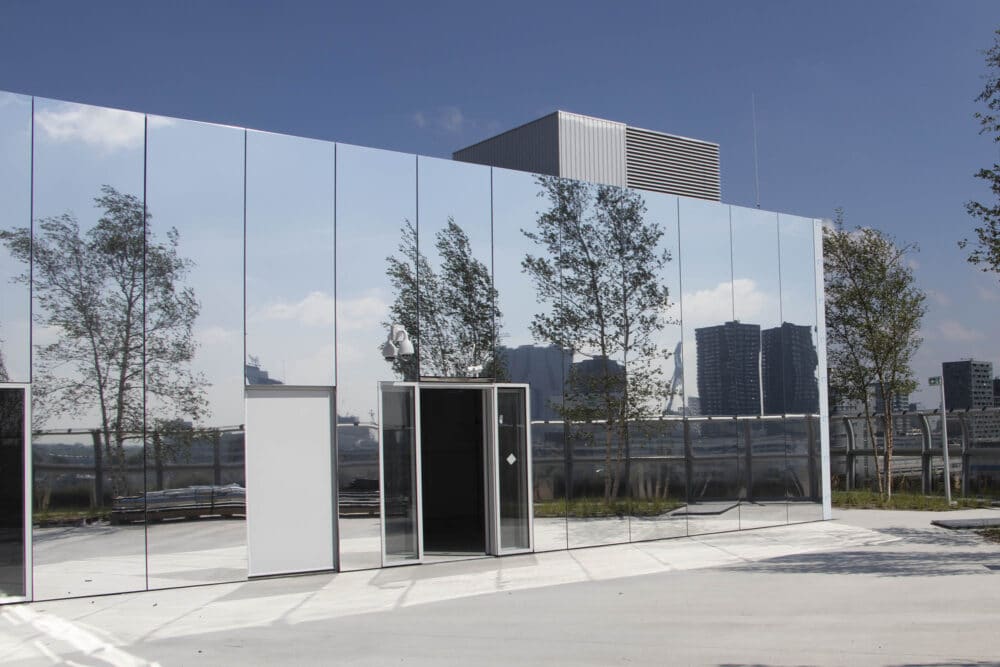 Commissioned by Museum Boijmans Van Beuningen, Winy Maas of MVRDV designed the new Depot for the museum’s collection. The location of the Depot Boijmans Van Beuningen became the museum park next to the existing museum. By designing a mirrored bowl, architect Winy Maas wanted to compensate for the “lost” park. Through the mirrored façade, he allows the Depot to disappear into the surroundings. However, this spectacular design raised the necessary construction issues.

Such a spherical mirror facade had never been built before and was therefore the perfect challenge for Sorba. Under general contractor BAM Bouw en Techniek Grote Projecten, Sorba was awarded the contract for this unique project and carried it out. The entire facade was completed in the autumn of 2020. How Sorba developed this facade is explained here.

The biggest challenge in this project was the completely spherical shape of the building. Our engineers plotted the glass facade entirely through points in order to create the 3D model. Despite this complex shape, or precisely because of it, the entire project was carried out according to BIM standards in order to optimally cooperate with main contractor BAM and to discover any problems already in the 3D model.

In order to create the smoothest possible mirror effect, it was decided to use glass. The total façade is divided into 26 layers of 64 panels each. This comes down to a total of 1664 glass panels. Because of the shape of the building, the panels had to be double-curved, both horizontally and vertically. In addition, each layer of glass panels has a different curvature radius due to the bowl shape of the building.

The glass was given a mirror coating, after which it was laminated. Then the glass was bent. Because these complex processes had to be combined, production was diverted to China. Our project manager regularly flew to China to check the processes and quality control. At the production site, we also had every panel checked by an external quality officer.

The Erasmus Medical Centre is located right next to the depot, which is why we chose to make part of the mirror facade matt. For this purpose, a matte “cloud” was applied to the façade by means of a matte foil. This matt film on the glass takes away the reflection of the sun towards the hospital.

Construction of the facade

Sorba started the façade construction from the rough concrete base. First, the anchor rods were placed. These had to be measured from the 3D model, because the round shape cannot be measured accurately. After placing the RVS consoles on the anchor rods, the façade was insulated. On the lower 12 metres, it was covered with mineral wool to accommodate the strong curvature. The seams are taped to obtain a water barrier. The concrete is so thick that it was not necessary to apply a vapour control layer.

After the insulation, the hook plates were mounted on which the glass panels were hung. These hook plates are designed in such a way that each glass pane can be adjusted horizontally and vertically. This allows the panels to be aligned accurately.

The panes are fitted with a black aluminium frame on the back. This frame is glued to the curved glass under temperature-controlled conditions at Sorba. The glass panels were hung with this frame on the adjusting hooks on the facade. The municipality of Rotterdam requires a second supporting path for glued panels, which is why black “hands” were mounted on the aluminium frame. These black “hands” lock the mirror panel as a fuse should the glue fail.

A counterweighted lifting beam was developed in cooperation with Hoven Cranes for hanging the spherically bent panels. This lifting beam enables the panels to be hung in an efficient and safe manner.

There are 8 doors in the facade of the building: 3 double doors and 5 single doors. These doors should disappear in the facade when closed. To achieve this, Sorba’s project team developed special doors together with Walasco. When closed, the doors are recessed into the façade and when opened they move like bus doors, first outwards and then sideways. As a result, no hinges or fastening points are visible and the mirrored façade appears unbroken.

Construction of the door

The doors consist of large steel frames. The required insulation and finishing boards are then attached to the steel frames. After this, the steel frames were lifted onto the windows so that they could be glued to them. Due to the shape of the building, the greatest curvature in the glass is required at the bottom. This gave the doors an unusual shape.

Because of the unusual shape and dimensions, the installation of the doors was a major task. The doors are about 4 metres high, 2.3 metres wide and weigh almost 1000 kg. In addition to the size of the doors, they are also very fragile due to the glass that is used.

Want to read more about this special project?

Here you can find an interview with the architect , also a beautiful video which was made about the entire project.

The project has been extensively discussed in various media, here you can find a number of articles:

More info:
Video about the project

back to projects
back to façade construction
Copyright Sorba Projects 2022 - All Rights Reserved
Website: Bij Dageraad
Back To Top